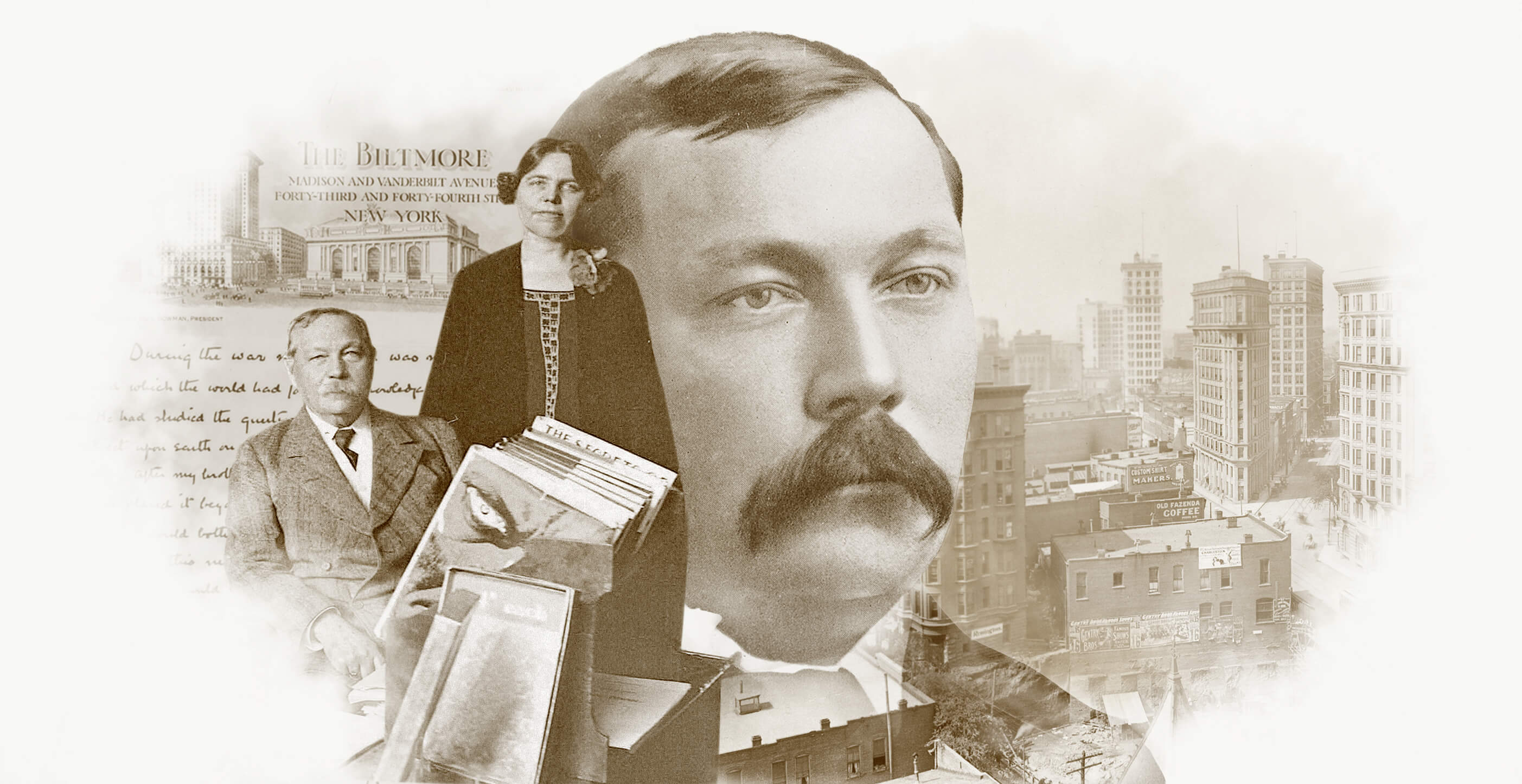 “THE MOST IMPORTANT THING IN THE WORLD”

At the time of his death on July 7, 1930, Sir Arthur Conan Doyle had long been established as the world’s best-known and most outspoken proponent of Spiritualism, the belief that the dead are able to communicate with the living through an earthly conduit, or medium. For fourteen years he had devoted the better part of his time, energy and resources to this cause, which he often described as “the most important thing in the world.” He once declared that he would gladly sacrifice whatever literary reputation he enjoyed if it would bring about a greater acceptance of his psychic message, and to those who found comfort and meaning in his beliefs, he was “the Saint Paul of Spiritualism.”

A man of belief

Of all the many facets of Conan Doyle’s remarkable life and career, this sincere and unshakable belief is the most controversial and the least understood. All too often the public is told, incorrectly, that his belief in Spiritualism sprang into being as a response to the death of his eldest son Kingsley in 1918. In fact, Conan Doyle’s interest in the spirit realm took root some thirty years earlier, well before his son’s birth. Occasionally he would point to a letter that he published in an 1887 issue of Light, the journal of the London Spiritualistic Alliance, as evidence that his views had developed as the result of a lifetime of study. “The subject of psychical research is one upon which I have thought more, and been slower to form my opinion about, than upon any other subject whatever,” he declared. “I have not been hasty in forming my opinion.”

Formerly Jean Elizabeth Leckie, she accompanied her husband on all of his spiritualist speaking tours.

This opinion was by no means unique; the Society for Psychical Research was already thriving when Conan Doyle joined in 1893, and its members included prominent scientists, philosophers, members of Parliament and a future prime minister. For many years Conan Doyle was a mere dabbler and a self-professed “novice and inquirer.” He experimented with table-tipping and automatic writing as possible methods of contacting the spirits, and had a short-lived interest in mesmerism and thought transference. As early as January of 1880, while still a medical student, he wrote to his mother about a “capital” lecture he had attended, entitled “Does Death End All?” It had been a “very clever thing indeed,” he reported. “Though not convincing to me.”

Even so, the ideas had taken root. “It was in these years,” he would write in his memoir, “that I planted the first seeds of those psychic studies which were destined to revolutionise my views and to absorb finally all the energies of my life.” And later, when the testimony of those closest to him erased his lingering doubts, he became an ardent proponent. With the coming of the Great War, when virtually every household in Britain was touched by loss, Conan Doyle launched his final crusade. He had found solace in the face of devastating loss, and felt he must share this “vital message” with the world. One need not agree with Conan Doyle’s beliefs, but there can be no doubting the purity of his motives or the sincerity of his convictions.

“We who believe in the psychic revelation,” he wrote near the end of his life, “and who appreciate that a perception of these things is of the utmost importance, certainly have hurled ourselves against the obstinacy of our time. Possibly we have allowed some of our lives to be gnawed away in what for the moment seemed a vain and thankless quest. Only the future can show whether the sacrifice was worth it.”

Inside the Psychic Bookshop