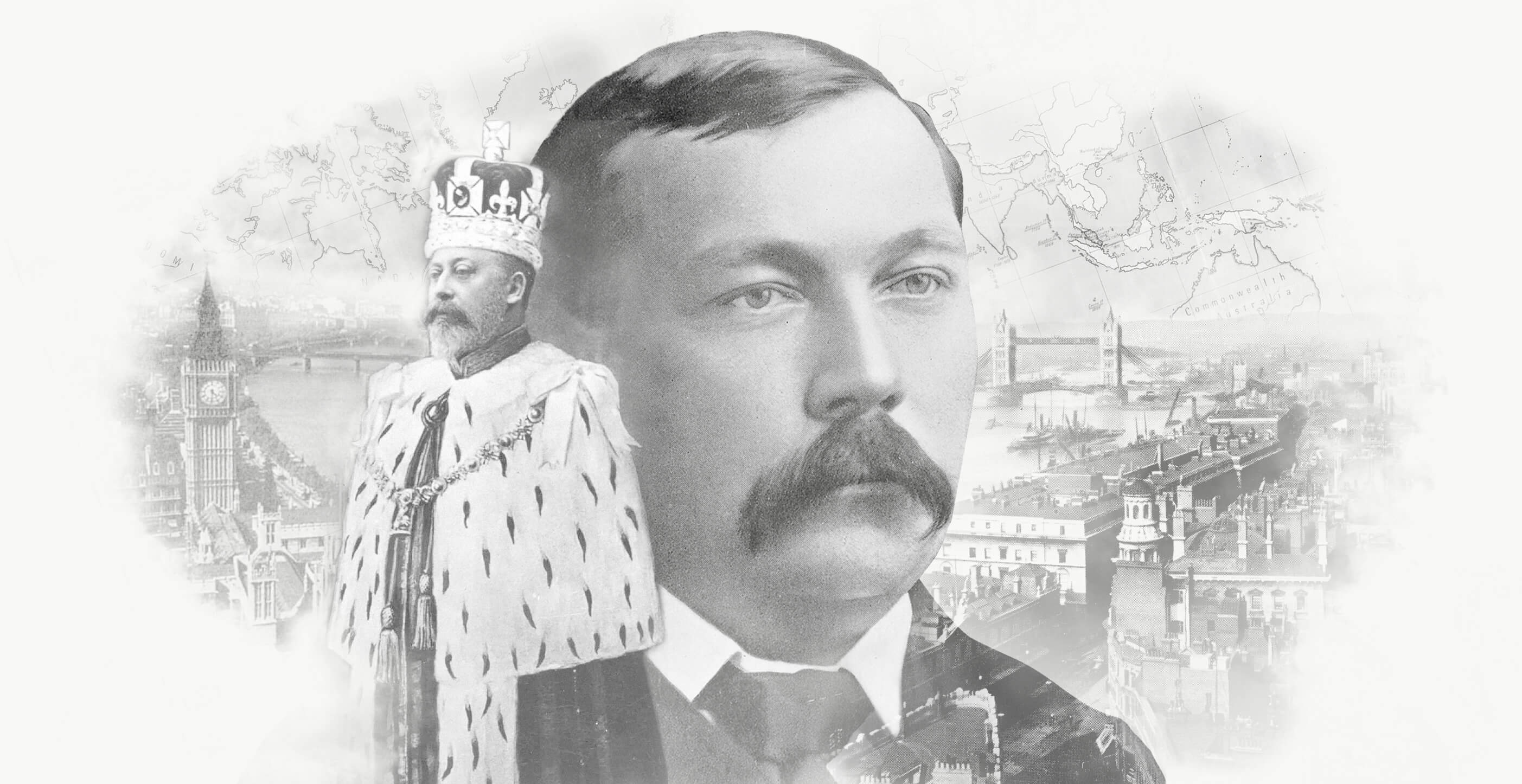 “I SHALL NEVER SEE HIS LIKE AGAIN. TRULY A GREAT GENTLEMAN.”

On October 24, 1902, at Buckingham Place, Arthur Conan Doyle was knighted by King Edward VII, whose coronation in August had followed the death of his mother, Queen Victoria, in January 1901.

A Knight in the making

As a boy, stories of King Arthur and his Knights of the Round Table had been a touchstone for Conan Doyle’s outlook on life, considering his own two novels of chivalry, The White Company published in 1890 and its “prequel” Sir Nigel in 1906, to be his high points in literature. Nonetheless, when he was first approached about a knighthood for himself, in early 1902, for his vigorous defense of Britain’s cause in the Boer War in his essay The War in South Africa: Its Cause and Conduct, widely published as a booklet in Britain and other countries beginning in January 1901, he was disinclined to accept. He had never approved of titles in the modern world, he insisted to his family, telling his mother that “The title that I value most, dear, is that ‘Dr’ which was conferred by your self-sacrifice and determination.” He did accept a separate offer to make him a Deputy Lord Lieutenant of Surrey that came in June, but continued to resist his family’s pleas to accept a knighthood as well, if one were offered.

Before the six-month experience

After the six-month experience

That June, however, he was invited to dine with Edward VII (still Prince of Wales at the time). “He asked that I should be placed with him,” he reported home. “He proved an able, clearheaded, positive man, rather inclined to be noisy, very alert and energetic.” And he slowly concluded that it would now, after this dinner, be rude of him to refuse a knighthood from the King if one was offered, as it was before the month was out. He was reconciled to it partly by congratulations he received from others following the announcement of the offer, including H. G. Wells telling him that there were “none who combine so happily as you do a large part in the public mind with the genuine respect of those who care keenly for literature.”

So that autumn he became Sir Arthur Conan Doyle for the rest of his life. Nevertheless, he refused requests to use “Sir Arthur” as a byline or in publicity. When The Strand Magazine’s publisher George Newnes “sent me some advertisements etc which made my hair stand on end,” he told Strand editor H. Greenhough Smith: “I am A. Conan Doyle without any trimmings and will so remain.” And in 1925’s Sherlock Holmes story “The Adventure of the Three Garridebs,” set in June 1902, Conan Doyle had Watson remark: “I remember the date very well, for it was in the same month that Holmes refused a knighthood for services which may perhaps some day be recorded.”