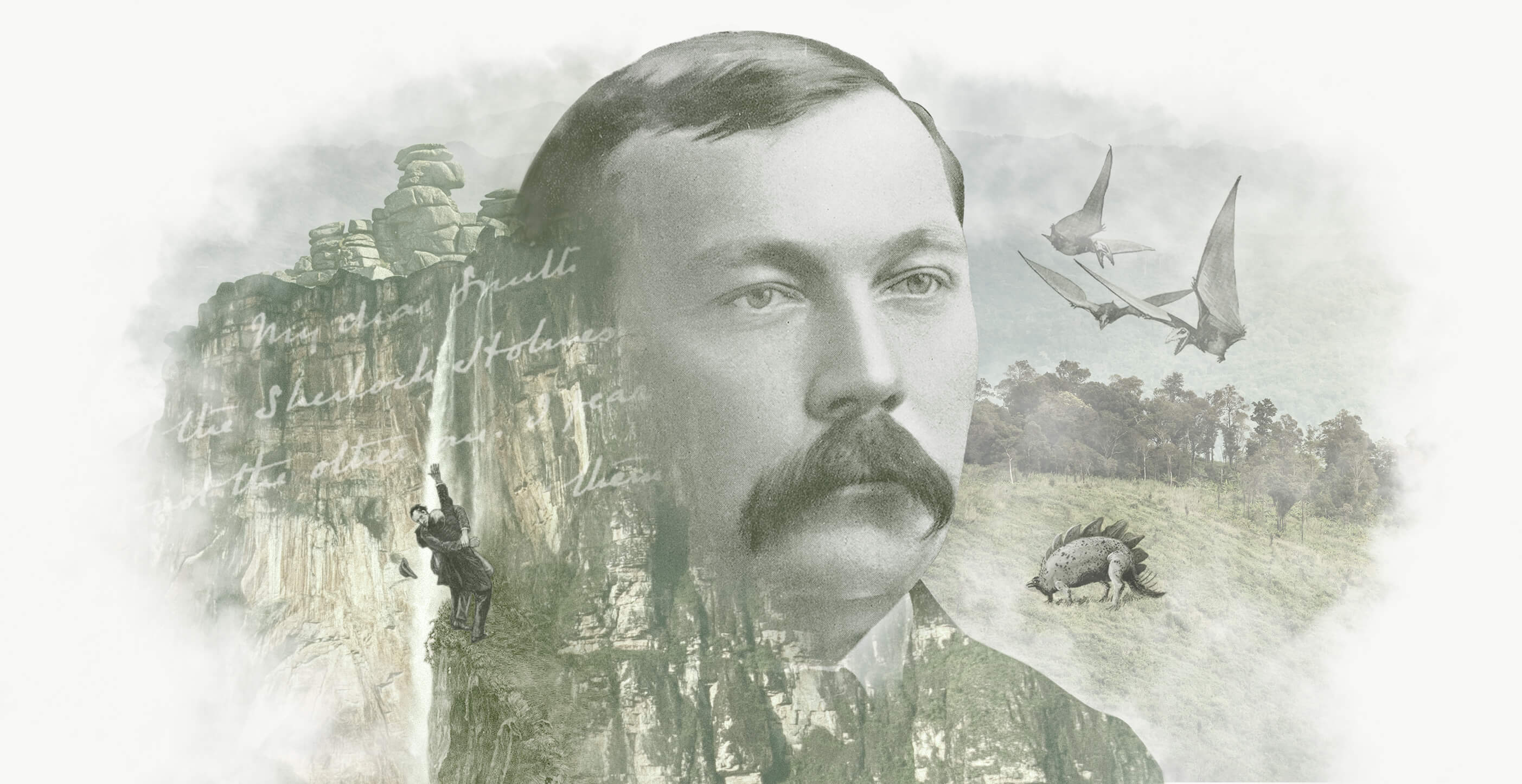 “I WAS ALREADY ONE OF HIS FASCINATED READERS”

Arthur Conan Doyle came from a family justly noted for their accomplishments in the visual arts, including his grandfather John Doyle the political caricaturist, his father Charles Altamont Doyle, an illustrator and designer, and his uncles James and Richard Doyle. Their work singly and collectively has been exhibited at the British Library and the Victoria & Albert Museum in modern times. But Conan Doyle also acquired literary and historical streaks from his mother Mary Foley, an Irishwoman unusually educated for her era, and he also took an interest as a boy in literary works illustrated by his father and his uncle Richard, a co-creator of Punch.

A young author in the making

Even as a boy, Conan Doyle had a reputation as a story-teller among his schoolmates, and he was only twenty when he sold his first story, “The Mystery of Sasassa Valley,” to Chambers’ Edinburgh Journal in 1879.

In 1883, his story “J. Habakuk Jephson’s Statement” in The Cornhill, then England’s leading literary periodical, made a nationwide impression upon the British reading public. The story was published without a by-line, in Cornhill’s usual practice, and the response to it was so great that some, maybe many readers took it initially as the work of the well-established Robert Louis Stevenson, instead of a newcomer. One of Conan Doyle’s writing pens can be seen below, brought to life once again from the family’s personal collection.

A letter from Switzerland, September 30th 1895

Will you allow me through your columns to warn your readers against a book called "Strange Secrets," which is being sold with my name upon the cover. Out of a large number of stories, only one is mine — a very short one in the middle of the book.

A Study in Scarlet is the first Sherlock Holmes novel

Written by Arthur Conan Doyle and first published in the Beeton's Christmas Annual in 1887.

"Don’t tell me of luck for its judgment and pluck. And a courage that never will shirk; To give your mind to it, and know how to do it And put all your heart in your work."

But he wrote much more besides: supernatural fiction, in the era of the Victorian ghost story; historical fiction of all kinds, including his superbly humorous Brigadier Gerard stories about the Napoleonic wars; early science-fiction, in The Lost World and other tales of the turbulent Professor Challenger; and more.

I got the Sherlock Holmes suggestion but not the other one. I fear I can't make anything of either of them. It's too delicate and getting too near to self advertisement. I'm glad to understand that the serial has not disappointed you.
Home today.

I made a little melodrama out of Sherlock Holmes and I put it in the hands of Addison Bright of 89 Comeragh Road, West Kensington, to act as my agent in the matter. I had to give him a free hand, and I understand that he has approached Mr Tree, but nothing, as far as I know, has been definitely arranged, and I have told Bright that Sir Henry had shown some interest in the idea, so if there is any hitch he will submit a copy to him.
With kindest regards

He also wrote a good deal of nonfiction as well, including histories of the Boer War, and later World War I, and spiritualist works, and in 1924 his autobiography Memories and Adventures, with a second edition in 1930, the year of his death. Nearly ninety years later, Arthur Conan Doyle continues to be one of the world’s best-known and most widely read authors.

"The little pipe which conveys a tiny rill from inexhaustible reservoirs of eternal truth."